The Bear Premiering at Tribeca Film Festival this Sunday!

Special thanks to Steve “Major” Giammaria for trusting us to do the foley on this amazing series that’s premiering at Tribeca Film Festival!

The Bear follows Carmen “Carmy” Berzatto, a young chef from the fine dining world, who comes home to Chicago to run his family sandwich shop after a heartbreaking death. It’s a comedy about food, family, the insanity of the grind, the beauty of Sense of Urgency and the steep slippery downsides. As Carmy fights to transform the restaurant and himself, his rough-around-the-edges kitchen crew ultimately reveal themselves as his chosen family. 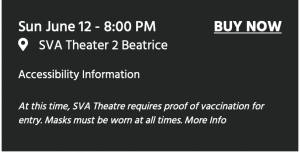